Adam Hussain confirmed his position as one of the best Under 10s in the UK by winning his U10 section (one of 3) in the national UK Chess Challenge with 5.5/6. Adam has qualified for the all-age junior Terafinal, the first player from Cornwall to reach there for 10 years.

Tamara Burgess, a novice last Christmas, did really well in her first national event (the UKCC Girls U10) in Reading and narrowly missed qualifying for the Terafinal.

Many of the countys most promising players took part in the 2016 championships at Penair School.

The secondary school section was won by Harvey Richings (Mounts Bay) (Under 14 winner), whose solid play proved too much on this occasion for ten-year-old Adam Hussain (Truro Prep). Third place went to Gabriel Rusalowicz (Torpoint). Adam was awarded the U12 cup, and the U13 trophy will be shared by Adam and Gabriel. All 3 will be selected for the Cornwall adult team!

The most surprising victor was Under 11 Nojus Ivanauskas of Falmouth Primary who has only been playing chess for a short time. He had a slow start but proved a rapid learner and carefully won his last 4 games. Runner-up was Lily Strevens of Trythall. Glen Ramsey (Marazion) was the U10 winner.

Spencer Richings (Marazion) was the convincing victor in the Under 9 section winning all his games. Equal second were Orla Hilliard (Truro High) and Katie Strevens (Marazion).

There was a large entry for the Under 8 cup. Chloe Frankland (Truro High) triumphed, with newcomer Jethro Robinson (Kea) and Charlie Sexton (Truro Prep)equal second. Tonsley Hugh-Jones (St. Levan) won the prize for the top Under 7, and Ben Strevens (Trythall) who is under 6 was close behind.

The inter-schools cup resulted in a three-way tie with Truro Prep, Trythall and Marazion all scoring 46 points.

Anyone living in the Truro and Falmouth area, or nearby, might like to know that some of the players come to the evening club at Carnon Downs Village Hall, most Wednesdays, for coaching and practice. Contact Robin Kneebone 01872 858602 if interested, or for any advice on chess in Cornwall. 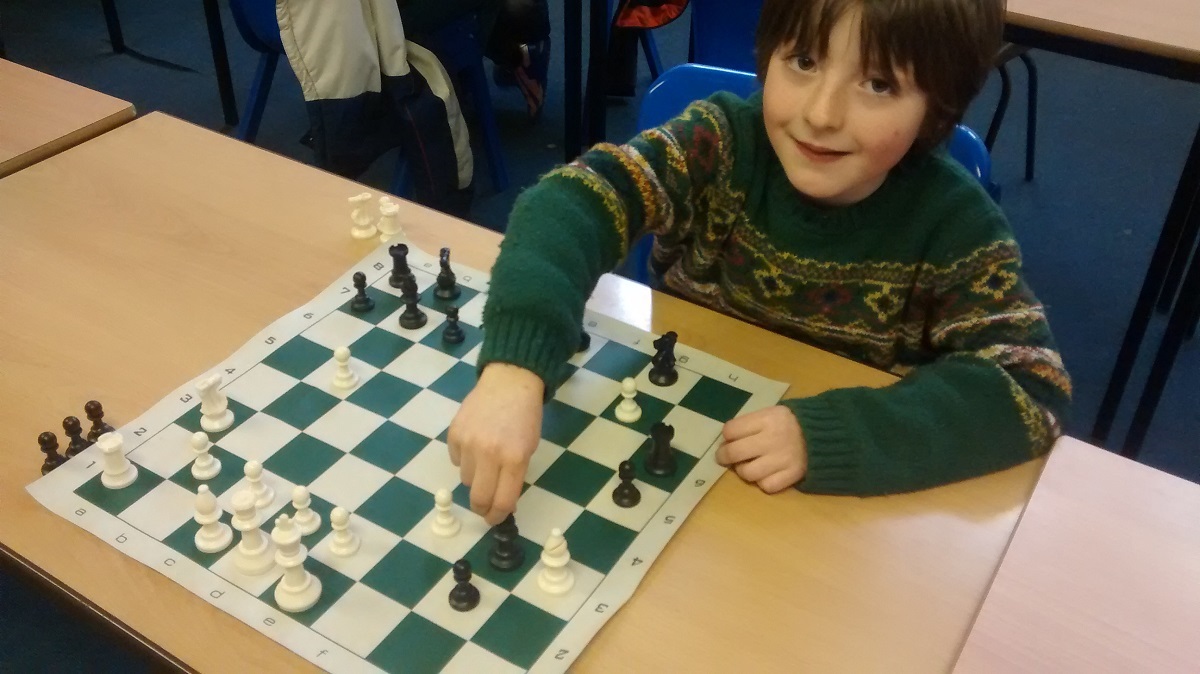